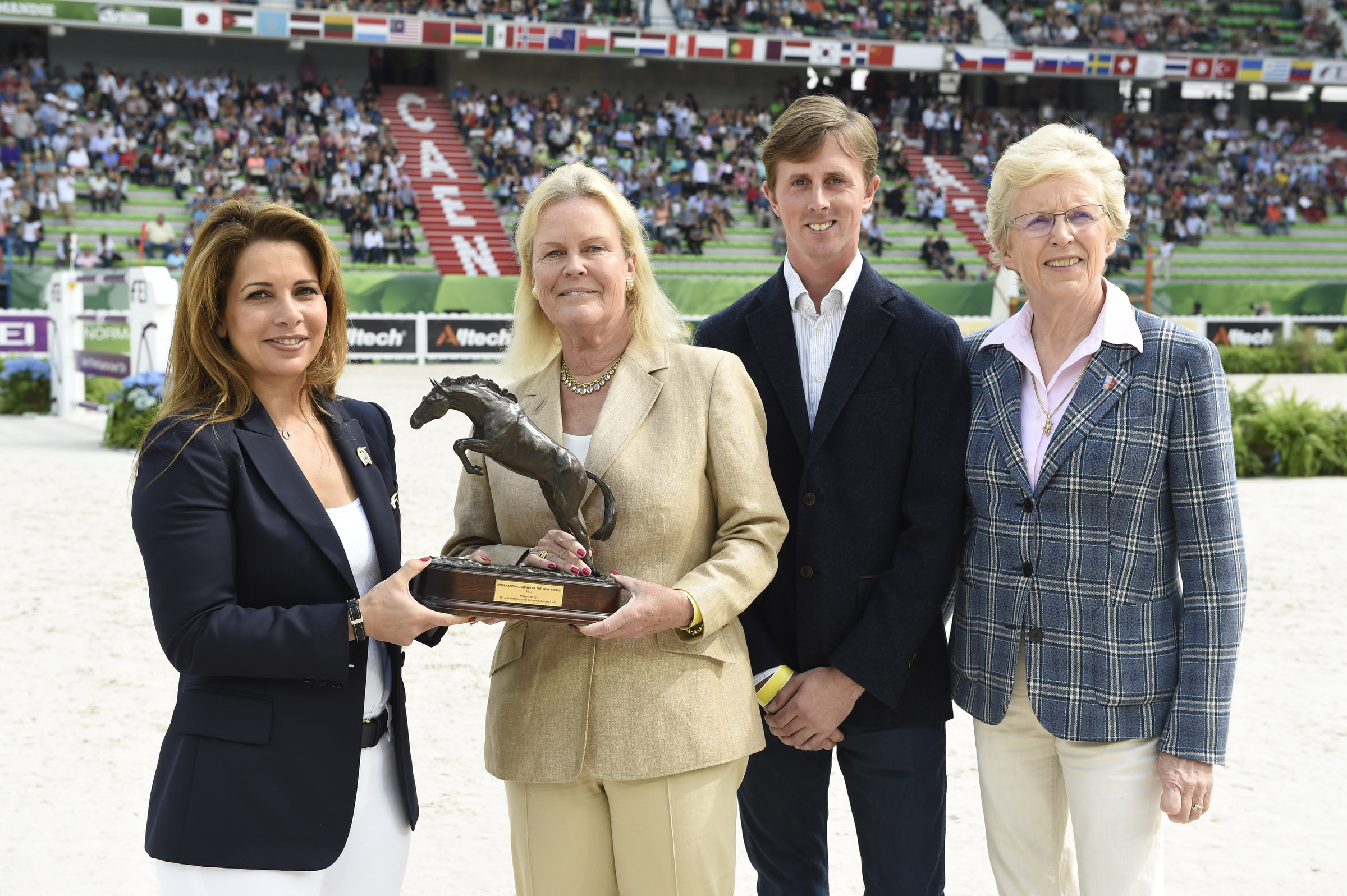 Mrs Jane Clark, owner of the top ranked grey Belgium Warmblood mare Cella, has been named Owner of the Year for 2013.

Ridden by Great Britain’s Ben Maher, Cella enjoyed a string of successes throughout 2013, including notable victories in the inaugural Global Champions Tour event in London and the Warsteiner Grand Prix during CHIO Aachen, and second place in the FEI European Championships in Herning, Denmark.

The presentation of the award to Mrs. Jane Clark was made by HRH Princess Haya, President of the FEI, Mrs. Madeleine Winter-Schulze, representing the Jumping Owners Club, and Ben Maher, at the Stade d’Ornano during the Alltech FEI World Equestrian Games™ 2014 in Normandy.

Created by the Federation Equestre Internationale (FEI) in 2005 and supported by Rolex, the Jumping Owners Club is an exclusive organisation of international owners which works towards growing the popularity of the sport around the world. It is the only body which represents the views and opinions of the owners, and works closely alongside the FEI in building the profile and inclusiveness of Jumping.

Mrs. Jane Clark said, “Cella has been an amazing horse and, despite only being with Ben since 2012, she has enjoyed great success all over the world. We are extremely proud of her achievements and delighted that, as Owner of the Year, we are following in the footsteps of some great horses, including Hickstead and Big Star, who have won this award in previous years.

May I take this opportunity to thank all the support team who work so hard to prepare Cella for her competitions, without their dedication and focus, we would not be where we are today.”

The FEI Owner of the Year Award was created in 2004 to recognise the most successful owner of each year in the discipline of Jumping. To determine the winner, a classification is established for all horse and rider combinations based on points during the calendar year. The owner of the horse of the winning combination receives the award; a bronze sculpture produced by Caroline Wallace and a silver picture frame presented by Rolex.