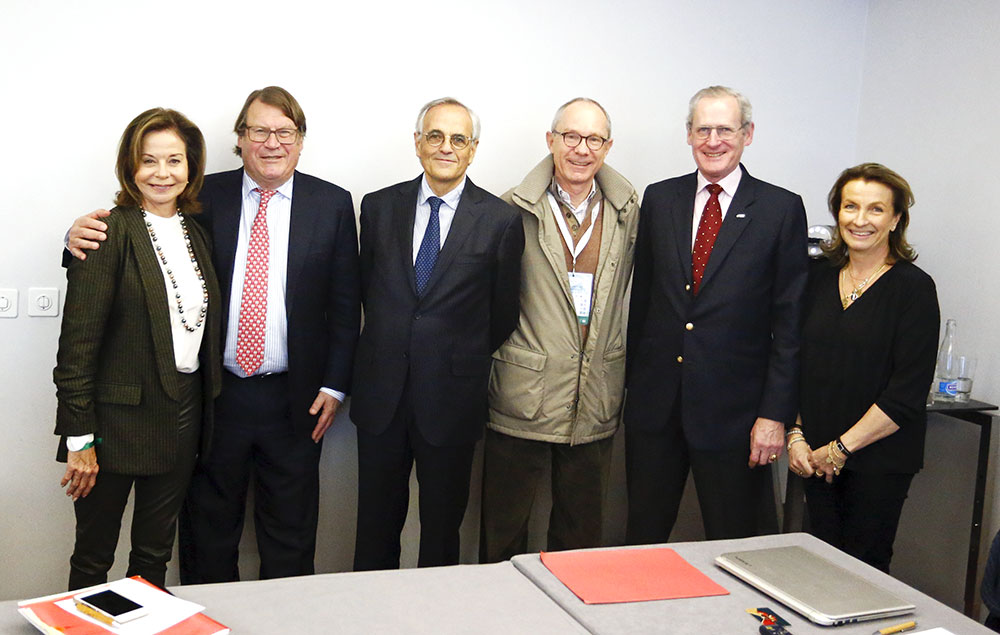 The Jumping Owners Club (JOC), association gathering the international show jumping horse owners, held its general assembly on Saturday December 9th in Geneva, Switzerland. Christian Baillet, current Chairman of the Club, has chosen to step down from his position and pass the reins.

On the invitation of Christian Baillet, the members of the Jumping Owners Club (JOC) met for the club’s annual General Assembly during the prestigious international horse-show. In addition to the usual items of the agenda, the meeting focused on electing a new Committee and Chairman. After seven years as the leader of the Jumping Owners Club, Christian Baillet thought that time had come for renewed energies. Dominique Mégret enjoyed an easy landslide victory and will take over the Chairman position as of January 1st, 2018.

« I first want to thank all the owners of the Jumping Owners Club who have just elected me for their trust. I also want to thank Christian Baillet, departing Chairman, who has done an impressive job at the head of the club for so many years.

My first goal will be to make sure that the owners’ voice, who are the first and primary support of our sport, will be listened to on all important matters. I also want our sport to continue its development, keeping the welfare of the horse as an absolute priority for all. »

Dominique Mégret takes the reins from Christian Baillet and intends pursuing, with the help of all committee members, an important in-depth work to ensure that owners can be heard on crucial topics and take an active part in shaping the future of the sport. In half a decade, the JOC saw its number of members growing substantially. The club is now recognized as the official voice of owners across the world, as well as by all international bodies. This recognition gives the Jumping Owners Club an important role in key issues such as the primacy of two paramount considerations: the Welfare of the Horse and equal chances for all.

After seven years spent carrying and defending the interests of horse owners, Christian Baillet welcomed his successor with the satisfaction of having achieved great steps already, but conscious that much still needs to be done.

« With optimism, I hand over the reins to Dominique Mégret who has all the qualities and experience necessary to continue developing the recognition of owners in our sport, always keeping in mind the horse welfare and sporting equity. »